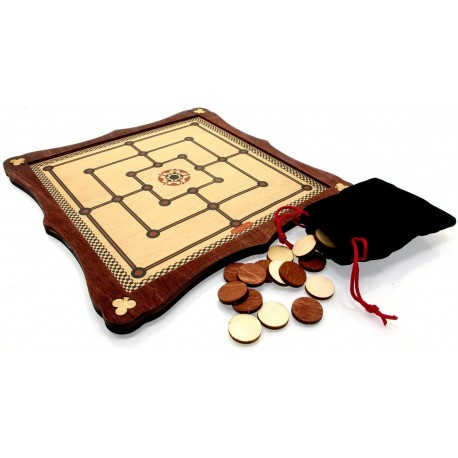 Solid wood board game and pieces. Hand made in the UK

Notify me when available

Famous for being popular in Tudor times, Nine Men's Morris or ‘Merels’ dates back to at least Roman times. The board consists of a grid with twenty-four intersections. Each player has nine playing pieces. Players try to form 'mills'—three of their own pieces lined horizontally or vertically, allowing a player to remove an opponent's player from the game. A player wins by reducing the opponent to two pieces (where they could no longer form mills and thus be unable to win), or by leaving them without a legal move. Also known as nine-man morris, mill, mills, the mill game, merels, merrills, merelles, marelles, morelles and ninepenny marl.

No customer reviews for the moment.